The inspiration behind this television campaign was to freshen up the Interflora brand and bring some emotion into the equation, conveying the message that a gift of flowers goes well beyond words to create a long-lasting memory.

The ‘Australia’s Next Top Mother’ Facebook App was developed with the objective of growing “likes” for the brand and keeping it “top of mind” during the key seasonal Mother’s Day period. Run in conjunction with a major radio network, people were encouraged to nominate their mother by uploading a picture and writing a short paragraph about her. They were then encouraged to spread the word to get the most votes for their “tribute” and so be awarded the major prize. 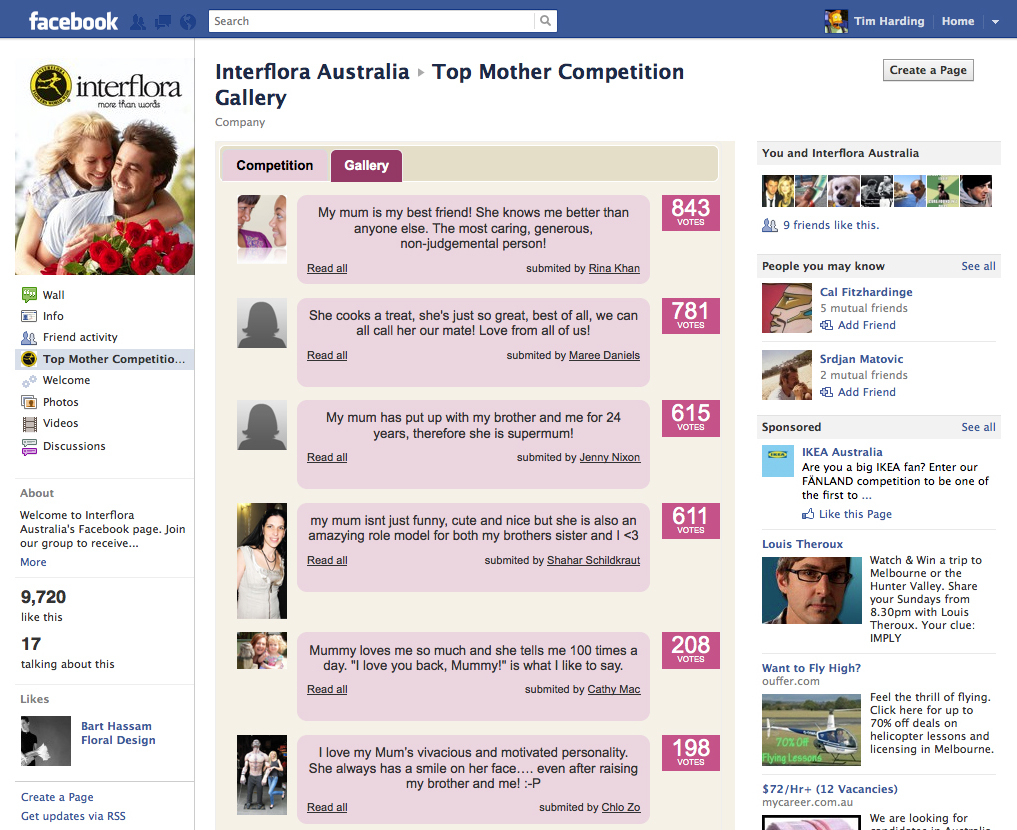