Topical advertising for Nando’s allowed me to really showcase my ability to turn around work at lightning pace to capitalise on the issues of the day, often getting an ad to radio or the press within 24 hours. It also served well as PR for the brand with commentators on radio, TV and in the press often referencing the spots and adding additional earned media.

Press running when Julia Gillard took over as Prime Minister from Kevin Rudd:

And the follow up when the subsequent election produced a hung result: 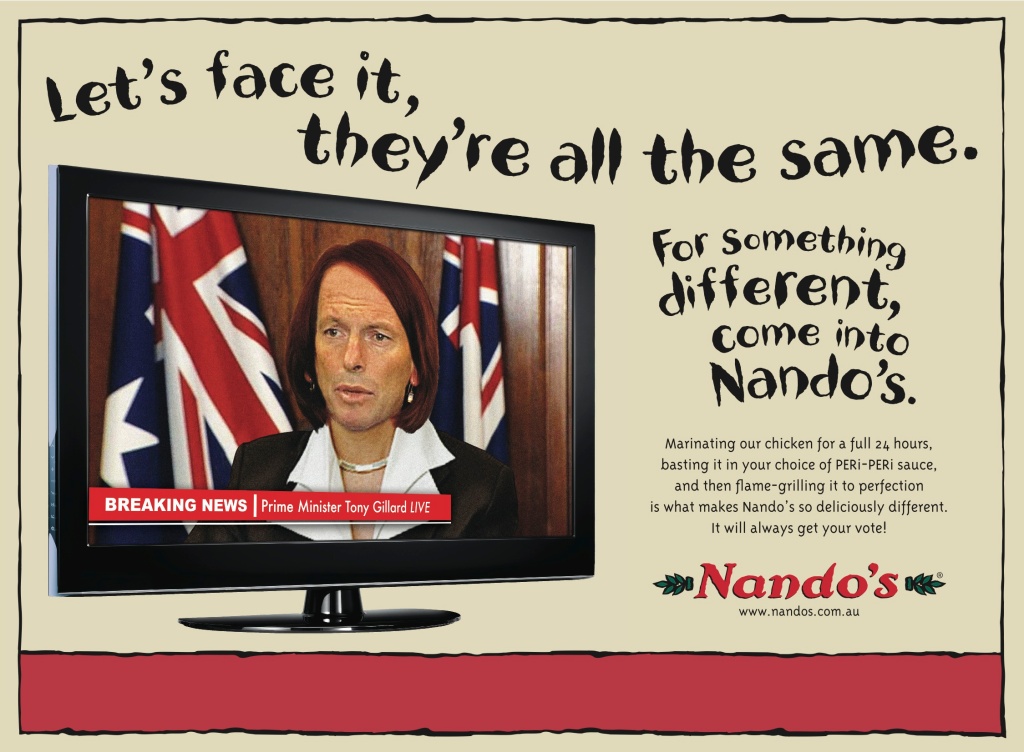 Radio ad running when there was a storm about Britney Spears miming on her Australian live tour:

Radio ad and downloadable poster that ran when model Lara Bingle was receiving saturated media coverage due to a naked photo of her turning up after a fling with AFL player Brendan Fevola: 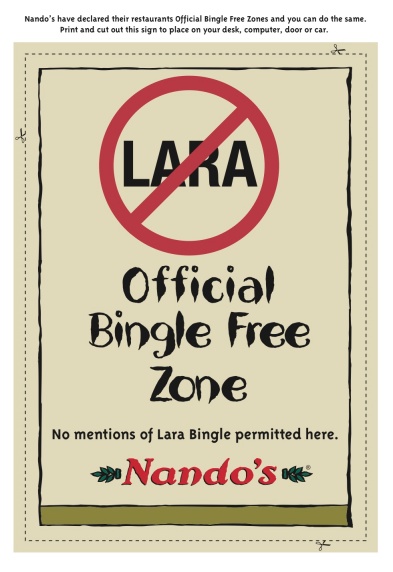 Radio ad that ran after the ‘Chk-Chk-Boom’ girl became an overnight internet sensation following her false account of a shooting in Kings Cross:
x

Outdoor running to coincide with the federal election: 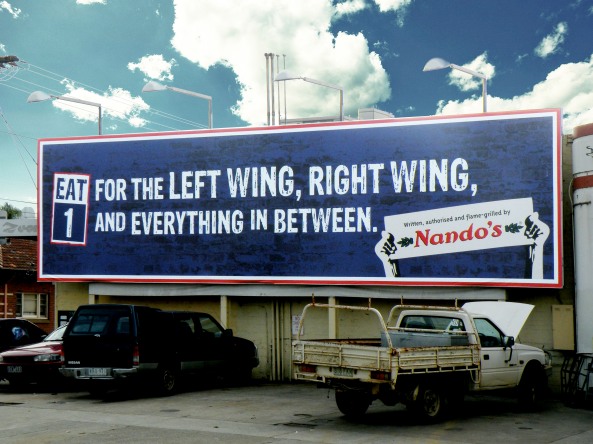 Radio ad that ran after Prime Minister Kevin Rudd was trying to appear more blokey and repeatedly used the phrase ‘fair shake of the sauce bottle’ in a TV interview:

Press ad that ran following the apparent release of nude photos of controversial politician Pauline Hanson and her subsequent denial that they were of her: